A bit of smoke in the air 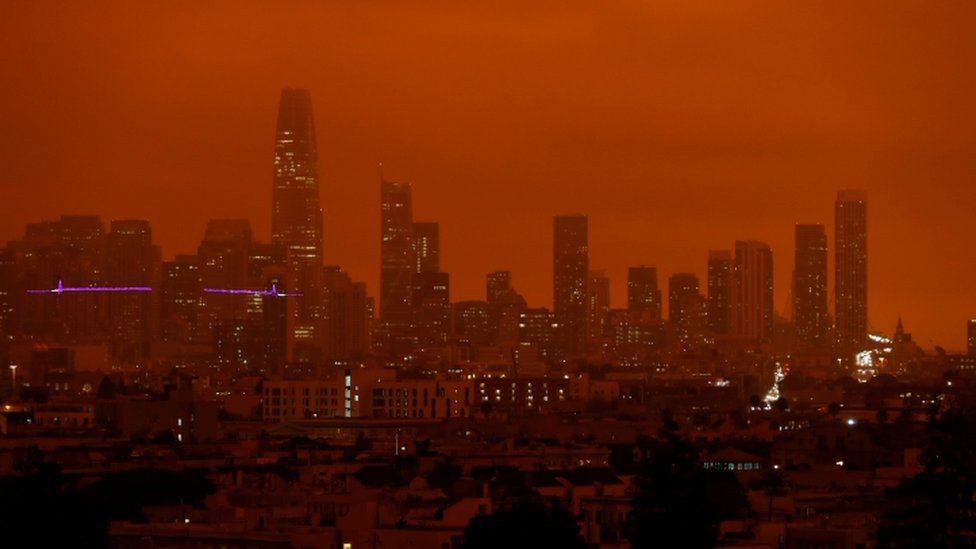 The skies are orange in California, but it's 'just a bit of smoke in the air', right? CV19 is a much worse problem.

It's not. CV19 might kill 1 person in 100 as a plausible worst case, so 70 million people. And it will go away: there will be a vaccine almost certainly (and there will be other pandemics of course, and they will kill people too). Climate change as a plausible worst case might kill 9 people in 10 – more than 6 billion people – and that 'bit of smoke in the air' is an early symptom of it. And it will, in human terms, never go away: the lifetime of CO2 in the atmosphere is hundreds to thousands of years (the lifetime of individual CO2 molecules is much smaller as they cycle through the oceans, and global warming denialist fuckwits make hay out of this, but the equilibrium concentration takes a huge time to decline). The future is going to be some crap version of blade runner: orange skies and the ruins of cities, except no flying cars, no off-world colonies (work out what lifting significant numbers (millions to hundreds of millions) of people into LEO does to the climate sometime), no android slaves (did the current AI bubble burst yet? Winter is coming), everyone is starving, and we'll be ruled by clown fascists.

(This is not meant to imply I don't think CV19 is serious: I think it is very serious. It's just not the most serious.)