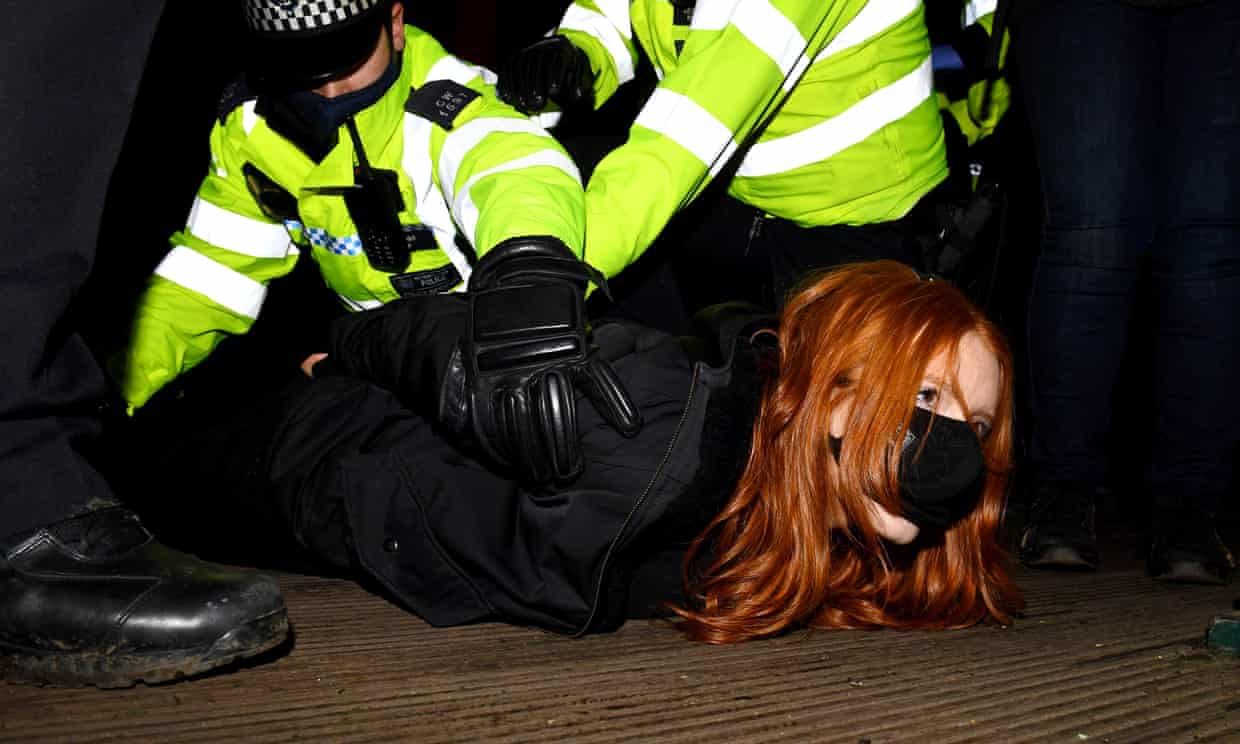 She had come to stand and remember Sarah Everard, a woman who was abducted and murdered while walking home at night, for which a serving member of the metropolitan police has been arrested and charged. The vigil was outside, she was wearing a mask. And she ended up pinned to the ground by two, male, members of the metropolitan police. Somehow, of course, it was not their fault: this small woman had been so threatening that they had no option but to force her to the ground. Somehow, of course, no-one will resign and it will be no-one's fault.

This is what they will do to you if you protest: remember this.

So the UK media is not bigoted, apparently

If we are to believe The Society of Editors The UK media is not bigoted and will not be swayed from its vital role holding the rich and powerful to account [...] Ian Murray, executive director of the Society of Editors, said it was untrue that sections of the UK press were bigoted. Remind me, which UK media organisations did Katie Hopkins work for? You know, Katie Hopkins: the person who compared migrants to cockroaches and who lied that a photograph of a dead Syrian boy on a beach had been...
Read post

So, the bitcoin ledger is both immutable (it can only be extended) and available to everyone: if it's not immutable then something is horribly wrong with the underlying cryptography, and bitcoin also fails at one of its main purposes; if it's not available to anyone then only the privileged elite to whom it is available can check and make transactions, which means they control bitcoin and again bitcoin fails at one of its main purposes. And the bitcoin ledger consists of bits, which can enco...
Read post