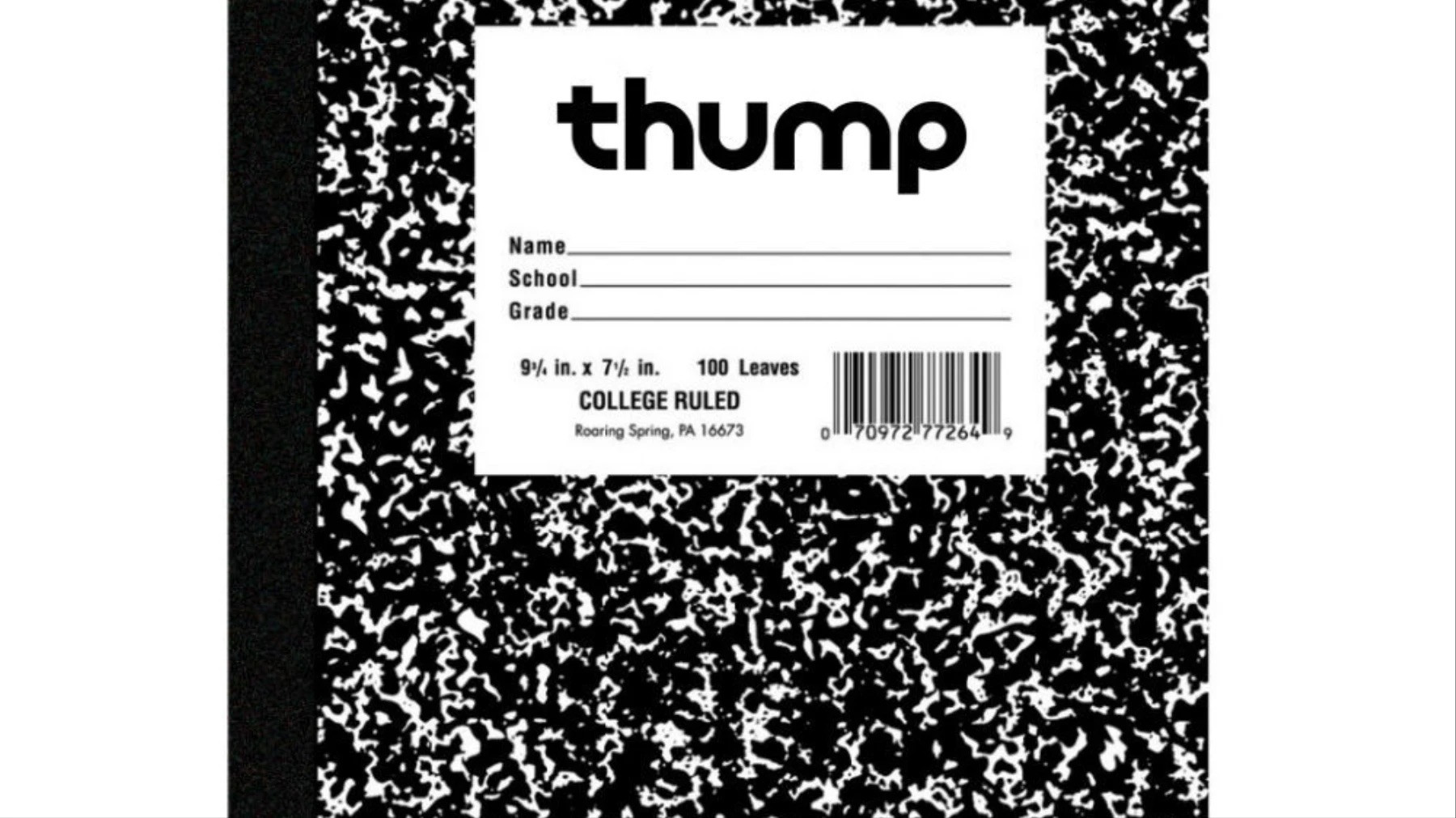 Ongoing documentation of the learning in public goin' on 'round here:  My first semester of THUMP University! This introductory course seeks to give students a foundation in a handful of the most important electronic dance music genres, broadly defined, with special attention paid to the key personalities, recordings, and clubs that helped shape and popularize them. Our readings will cover the key electronic-dance movements, from early-80s electro to the present, including three noncontinuous weeks apiece on house and techno. Focusing on genres early in your coursework will afford you a widescreen view of dance music's many overlapping narratives, rhetorical strategies, and musical shifts, in addition to its roots in marginalized communities and continuing conversation with technological innovation.

Ed. note: this is an intensive course, with some weeks featuring up to 20 readings. These will vary greatly in length, and because THUMP University is an online school, all of the assigned reading will be freely available to read online (though not always via phone or tablet; a few older pieces come via Google Books or similar interfaces).

Garratt, Sheryl, "Sample and Hold: The House Sound of Chicago" (The Face, September 1986)

What does the term "house" suggest about the musical movement's role as a sanctuary for its first (black, queer, Chicago) audiences?

What role did radio DJ mix shows play in Chicago's early-eighties dance scenes, particularly after the so-called "death" of disco at the turn of the decade?

What role did Frankie Knuckles play in the formation of the Chicago house sound?

What were the differences between early Chicago house and the disco movement that preceded it?

What are the key, foundational Chicago house recordings? What made them influential?

What did the exploitative recording deals signed by many Chicago house's producers in the 80s say about the music industry's attitude toward the music?

What are some differences between Chicago house's first wave in the 80s, and its second wave in the 90s?

How did ghetto house (cf. Dance Mania) emerge out of house music, and what role did it play in the formation of footwork (cf. Spinn & Rashad)?

What did you know about Detroit before reading these pieces? How have your impressions of the place changed since?

What role did Detroit's industrial history play in the formation of Detroit techno?

What role did Detroit radio have in the rise of Detroit techno?

How did the politics of Detroit's post-1967 de-urbanization—and the subsequent rise of Black Power and black consciousness movements in the city—work their way into Detroit techno?

How did Detroit techno producers' experiences with the record industry in the 80s compare to those of Chicago house producers?

What are the key, foundational Detroit techno recordings? What made them influential?

What were some key differences between early Detroit techno (80s, early 90s) and the European "rave anthems" that adapted its methodology and aesthetics?

How did Underground Resistance's live up to their own name in the ways in which they maneuvered within the music industry, particularly with regard to Sony/BMG's appropriation of "Jaguar"?

What are some challenges that DJs and promoters of house music faced as the music spread beyond Chicago and into other cities and territories?

What sorts of resistance did house music meet with outside Chicago from audiences? Venues? The law?

As house music spread beyond Chicago, how did its core audience evolve?

What role did London play in the global spread of house music?

How did tabloid coverage of raves in England help to fuel the rise of the underground party scene?

What were some key social and political factors leading to the rise of house in New York, and how did that city's version of the sound differ from Chicago's?

How did the "French touch" version of house music differ from earlier and contemporaneous Chicago styles?

What are some other important global and local variants on the Chicago house template?

Week Five — American and global techno: the 80s and 90s

What role did New York's clubs play in the city's rave scene?

How did the early 90s NYC club and rave scenes mirror that of earlier eras, e.g. disco? How did they differ?

How did pop-friendly versions of mid-90s techno like Moby's differ from the more DJ-oriented music of the time?

What distinguishes hardcore techno from other strains of the form? Similarly, how does the hardcore audience tend to differ from a more typical clubbing crowd?

What does "pure" tend to mean in the context of techno, both in and out of Detroit?

What role did pirate radio play in the dissemination of drum & bass in London?

What were the musical elements that drum & bass synthesized, and in which ways did it alter them?

Beyond music, what role has hip-hop played in the overall culture of drum & bass?

What does "dark" tend to denote in drum & bass, musically, attitudinally, and culturally?

What were some factors that limited drum & bass's commercial viability, both in the UK and beyond?

What role, historically, has spirituality played in dance music and its culture?

How would you describe the psychic state that "trance" derived its name from?

What were the sonic properties of early trance that led to it being labeled as such, as opposed to simply "techno"?

What role did the Roland TB-303 Bassline, aka "the acid machine," play in the emergence of trance, in particular Goa or psy-trance?

What are some ways Goa or psy-trance differ from more commercial variants of the sound, e.g. Sasha & Digweed in the 90s?

Why does trance seem to work so well—or at least to attract so many people—in a festival setting?

How does a figure like Goa Gil fit into the cliché of the "DJ as guru"?

What are the links between pre-disco electronic music and post-disco dance culture?

Which musical and ideological stereotypes were the early progenitors of both post-rave ambient and IDM reacting against?

What sort of rhetoric do post-rave ambient and IDM artists (in interviews, et al.) tend to employ?

What was Warp Records' importance to both ambient music and IDM?

What purpose did the "chill-out room" serve in early rave culture?

What place, if any, does modern-day ambient or IDM have within dance culture?

What role did various breaks styles play in bridging hip-hop with dance culture in the 90s?

How important was it for labels such as Ninja Tune and Mo' Wax to be visually as well as aurally identifiable? How did that branding overlap with that of hip-hop's in the 90s?

What does the fact many breaks styles took root in Britain rather than America say about the UK's relationship with hip-hop specifically, and black American music generally?

How did the big beat and trip-hop music U.S. record labels sold to fans as "electronica" differ from the house and techno music those labels had championed in the past? Why were these labels more successful in selling electronica?

Ideologically speaking, how did the crate-digging connoisseurs who largely created breaks records tend to differ from the mainstream audiences who consumed those records?

What were some of the social factors, particularly in the U.S. and Germany, that led to the rise of minimal techno in the 2000s?

How did the rise of the freelance economy, particularly in tech, help enable Berlin to become a primary hub for dance music in the 2000s?

What are some differences, musical and otherwise, between the Berlin techno scene of the 90s and that of the 2000s?

What, if any, is the difference between Berghain's strict door policy and Studio 54's velvet rope?

How and why did the term "raving" shift into "clubbing" during the 2000s?

What role has bass played throughout dance-music history?

What about East London's cultural makeup fostered its role as an incubator of dubstep?

What is dubstep's connection with Jamaican music and hip-hop?

What are the key differences between Burial and Skrillex—both musically and in terms of presentation—and what can they tell us, broadly, about the UK and US's respective approaches to dubstep?

What are some musical distinctions between the more populist of dubstep (e.g. Skrillex) and more experimental, "post-dubstep" sounds (e.g. Untold)?

What are some musical and ideological similarities between "post-dubstep" and the ambient and IDM that we studied during Week 8?

In which respects did EDM represent a culmination of house, techno, and other related styles?

In which respects did EDM represent the antithesis of those styles, both musically and culturally?

What roles have Los Angeles, Las Vegas, and Miami, in particular, played in EDM's rise?

What are some key differences between a "rave" and a "dance festival"?

What role has Daft Punk played in the rise of EDM?