The Year of the Paypig 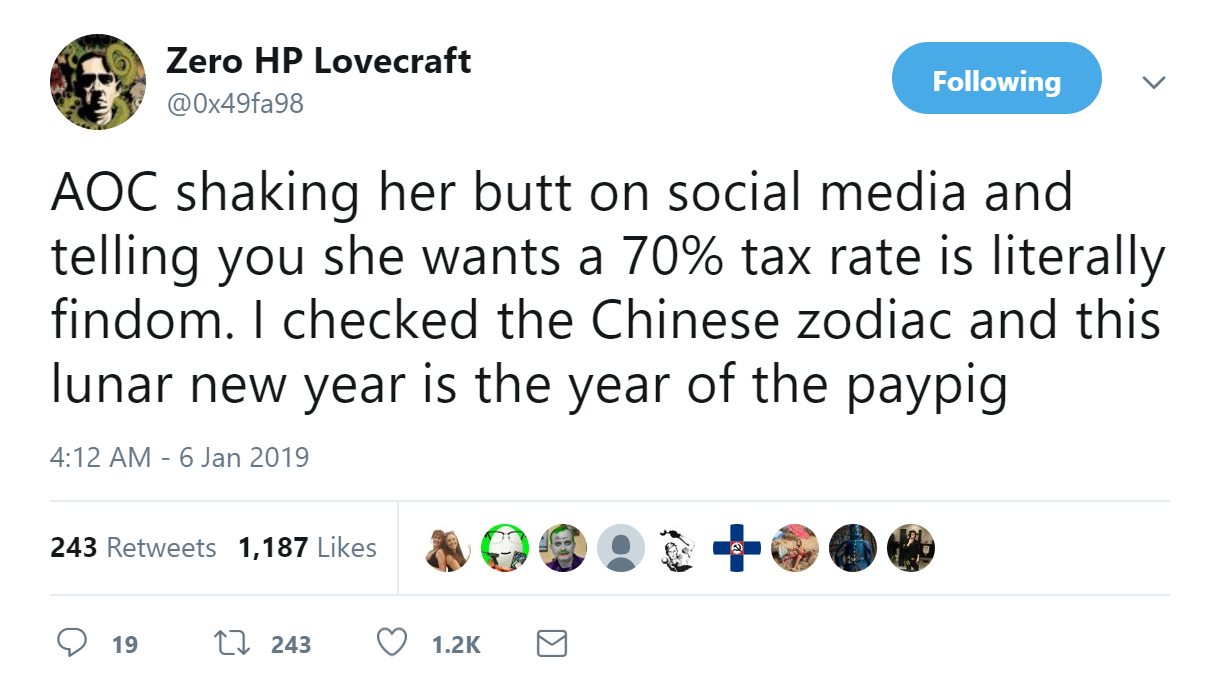 As pointed out by preeminent Neoreactionary pastor "Zero HP Lovecraft", 2019 is the year of the paypig. And yet, many still cannot fathom the nature of this position. They read, and wonder: what must be going on in the mind of the paypig, to subject themselves to such a thing? To understand this, I turn to Lacan's insights into the phenomenology of the pervert. Briefly, from nosubject, the Lacan wiki:

The pervert assumes the position of the object-instrument of the "will-to-enjoy" (volonté-de-jouissance), which is not his own will but that of the big Other.

The paypig seems an archetypal example of this, with the pervert assuming a submissive stance in the practice of findom. But what does this mean? Let us dig a bit deeper.

His next step, then, is to reduce himself to the object-instrument of the Other, in relation to one of its drives. To do this, he must develop some idea of what the Other wants. We must recall that the Other is a phenomenological structure within the pervert; the Other is not "out there" but exists inside the pervert himself, constructed through his interactions with little others (other people). The Other's desire is likely something that the pervert is aware "society" desires on some level (he may even desire it himself: "man's desire is the Other's desire"). So, in the case of the paypig, we might guess that this desire is money.

Once he has established the desire of the Other, the paypig's final step is to position himself as an instrument, an object through which the Other can satisfy this desire. His enjoyment comes from acting on the Other's account. So, the paypig enjoys giving away his money. Right?

(Excerpted from a longer journal entry written on an overnight flight from NYC to Dusseldorf, August 15, 2019. No significant edits from original entry. Footnotes added later, to contextualize references.) +2:22 Ate a sandwich and some peanut M&Ms, but I had to pay for them. Apparently in-flight meals are a luxury now. I was thinking about meaning issues, lack of ability to start or feel motivated. In college I felt a state of certainty, total unambiguity, that allowed me to single-mindedly...
Read post