Paganism is often broadly associated with tree-hugging new-age beliefs about nature worship. Not wrongfully so, if you ask me; the veneration of nature is key to my version of Heathenry. Animism and panentheism are two central tenets of a heathen worldview, and they are the major drawing points for me as a budding naturalist and a child of a wooded hollow.

Of the many spirits heathens revere, one category that is ever-present and critical to maintain good graces with are the landvættir. Also known as land wights, landvættir are, in the biggest of nutshells, the spirits that reside in the land. Not simply the earth itself! Hell, sometimes something as small as a tree stump can have a wight residing within. Some of these wights have simply always been there, essentially manifesting as a personification of a natural feature that has never been occupied, and some mortal creatures like humans and animals can pass on part of their soul to become a wight to a familiar area. This is exemplified by the old Germanic belief and veneration of the Álfar, or elves.

Álfar are also capable of being either ubiquitous legions of the honorable dead residing in and around grave mounds, as well as being avatars of nature responsible for the fertility of the land. A festival at the end of the harvest season known as Álfablót is celebrated in gratitude to these powerful entities. One of the most important deities in my worship, Yngvi-Freyr, is the king of Álfheim, the realm of the elves. Freyr is deeply tied to fertility cults of the old Germanic societies, often portrayed with a prominent phallus and surrounded by grains. There are also husvættir, or house wights, that cling to specific buildings and properties. There's definitely overlap between the two, in practice. Perhaps your house wights and land wights stemmed from a previous family that lived there and they manifest together in the garden. 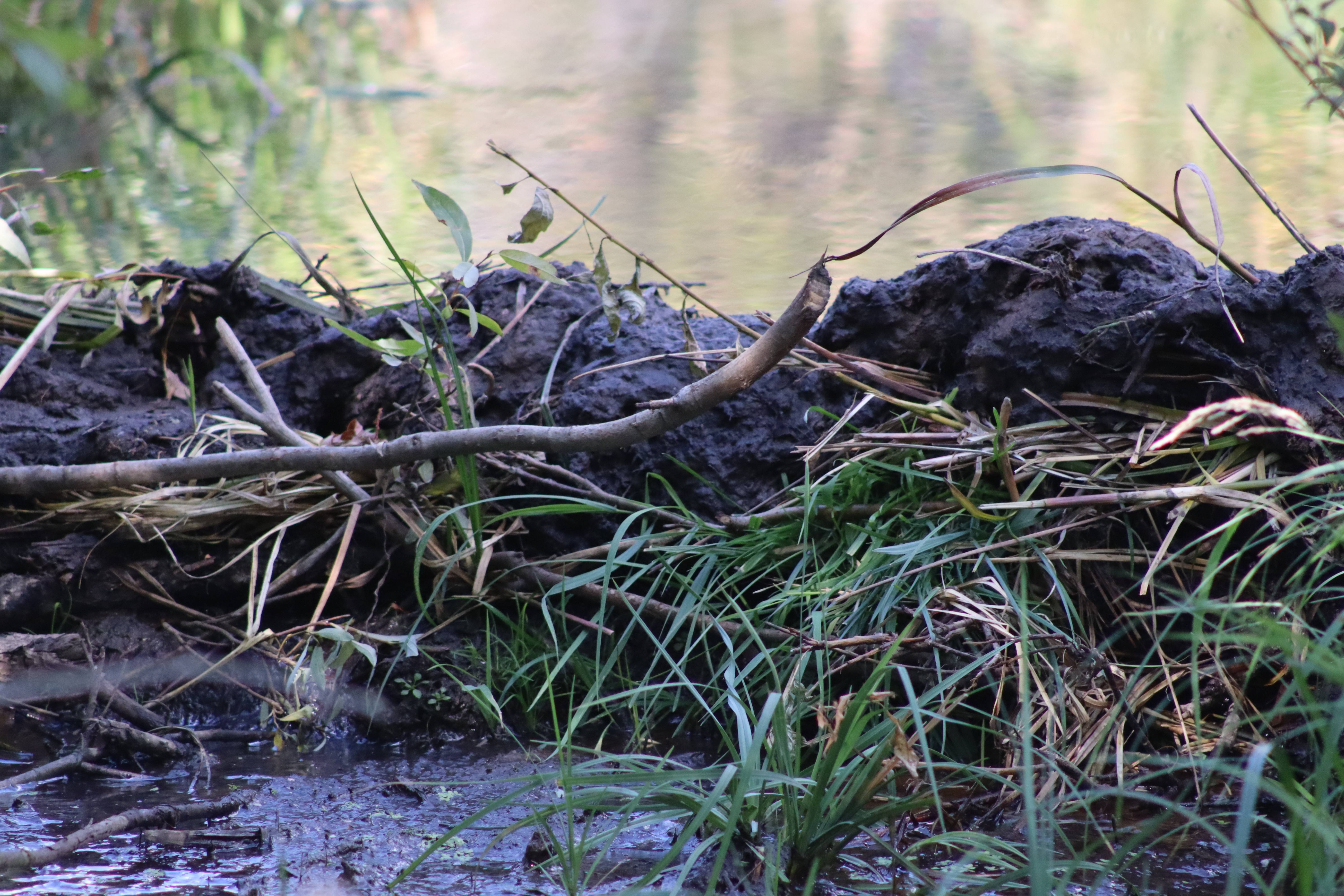 A small beaver dam, Happy Jack, WY.
(I should note that in the broadest sense, the word "wight" includes everything from Óðinn himself to the spirit inside your body right now. But today, I'm just talking about the land wights.)

Historically, wights were revered as those that guarded the farms, villages, and shores of viking-age settlements in Western Europe. A 14th century manuscript tells of farm women bringing gifts of food to boulders and nearby woods to ask for the land wights' favor. Happy, well-loved wights make for a prosperous harvest and a happy homestead.

On the other hand, when neglected or upset, the land wights are believed to be responsible for serious damage to their land. The infamous beast heads at the bow of viking longships were put in place to scare the land wights of their raid targets and enemies. Driving out land wights is believed to render the land barren -- the crops will fail, the buildings will crumble, the animals will die, and the cities will collapse without the wights living within them keeping them afloat. There was even mention of a law in the 11th century story of the founding of Iceland, Landnámabók, that shows early settlements forbade ships from bearing their dragon-prows when returning home, as not to upset the wights of their homeland.

Heathens reconstructing the veneration of these eternal spirits have a lot of material to work with. Animism is present in a huge portion of world religions, from devoted worship to simple cultural superstitions, making it easy to work local folk practices into your praxis. It may even factor into modern endeavors of environmentalism, this act of trying to ensure the wealth of the wildlife. Transplanting helpful widlife, cleaning litter, and planting native species are beneficial to both the physical land and the spirits dwelling within. Some ways your worship can be directly beneficial to mortal entities is ensuring your offerings can be consumed safely by flora and fauna alike.
For example, let's say a heathen takes an offering to the base of a great tree. They pour water over the roots, and leave out a bowl of seeds and nuts for the landvættir in gratitude. Not only are these great staples that are easy to obtain and safe to offer year-round, the animals of the area can enjoy being a little more fed for the day after you let the land wights partake in their gift. Other nature-safe offerings would be milk, flowers, herbs, ground eggshells, and bone meal.

As someone devoted to the landvættir, nothing feels quite as intimate as walking through an untrimmed hollow, an unpaved marsh, or a mountain blanketed in silence. The dirt soft beneath your feet, the air clean in your chest, the plant life lush and blooming... These are places where people like me are overcome with gratitude, to be placed on an Earth as beautiful as this. In uncertain, hellish times like these, it's as if I am relieved of the burden of being human just for a moment, when I realize how much the land does on its own. No matter how many months I spend at home to protect my family from ill health, I am still swept along in the turning of seasons as the landvættir wake and rest throughout the year. Birds still reared their young in spring and trees still changed their coats in autumn. I see this world chug along without me and somehow I still feel invigorated. Nothing we as humans can do on this planet can compare to what it does for us, in exchange for absolutely nothing.

This has become less an education piece and more a love letter to the spirits within the land. At risk of sounding like one of those tree-huggers I mentioned, I'd like to share a bit about my perceptions of the local vættir, seeing as I have minor blessings to be spiritually tuned-in. Since moving to CO two years ago I have felt the landvættir awaken in and around my property. At first, they were exhausted; neglect and manipulation had made them weary. Simple adoration was enough to give cause for a great yawn and stretch as they realize someone "sees" them.

Pay attention to the creatures around you, folks. You are not seperate from them, you are surrounded by them, and most importantly, you are one of them.

This blog was originally for me to collect my thoughts, but the idea evolved a bit as I wrote, and I felt a desire to make this a sort of compendium of one heathen's practices. Specifically, crafted to be understood by non-heathens and even non-pagans. After my first two posts went public, I shared them with my raised-Catholic-currently-broadly-Christian mother. She appreciated the transparency and clarity, since my religion has always been pretty thoroughly obscured from her view. (She's almo...
Read more...
Ritual Praxis with Shepard
July 2, 2020
How does a Heathen Worship?
July 1, 2020
What is Heathenry?
July 1, 2020