I have been blocked from Gab 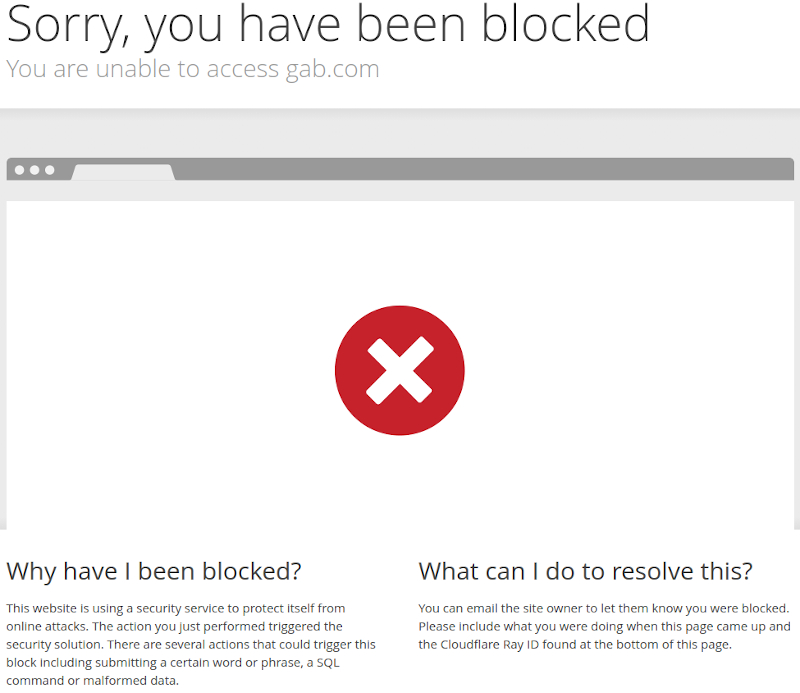 So twitter refuses to let me on their platform. They want a phone number, they claim you can sign up with just an email but if you try to do that, this happens: 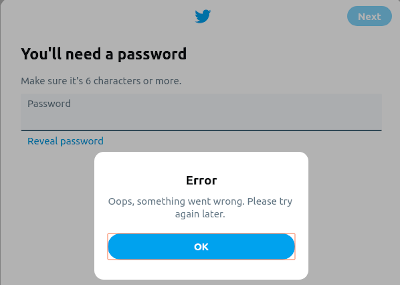 So, it's a no go. Just like using google products, I had to search for an alternative. That's how I landed on gab.com. I was in luck, all they wanted was an email, which I was more than happy to obliged and everything seem fine. I "gabbed" my first comment, "Fuck Twitter". Next thing I knew I was banned as you can see from the image above. Now, I am not saying that they banned me for those comments, I'm just saying I have no idea why.I've emailed them with the address that they have on the "Terms of Service" on November 21 and yet to be contacted. So I have no choice to look for a new twitter/gab alternative until this can be resolved.

It worries me deeply about the privacy we are forced to give away to these companies for the privilege of using their product. I get it, our personal identity and information is the price we pay to use these platforms but I'm sorry, anonymity on the internet, I will not give up,to be continued...

Why do you need a phone number to sign up to social media platforms?

So, I tried to sign up to youtube today because I want to start a video channel starring my alter ego, “Golden Misborn”. Alas, I can not do that because they require you to have a phone number. I tried going the email route but that didn’t work either. They said that they needed to verify with a phone number which I think is bullshit. They claim to say they do it to cut off spam and people who abuse, which I think okay, people abusing the system but where does that go for people who want pure an...
Read more...

And I think I found my home until I can purchase a burner phone to use twitter, but we will see what happens with Mastodon. I hope to resolve my issues with Gab but I think I'm just going to leave them for this platform. They are an open source platform so that's good news for me. I just wish it had the audience that Twitter has but with Twitter wanting your personal information, I have no choice but NOT to use them. Still, to be continued... Stay Golden, Misborn ...
Read more...
Thankful
November 29, 2019
So a rapper who is white won best rap album
November 27, 2019
Kanye West Doesn't Care About Strippers!
November 24, 2019
Hello! Testing...
November 20, 2019