An opinionated individual expressing their thoughts

There have been many articles and opinions about Brexit, yet none of them appear to address the right points.

Let me start by stating that I voted Remain in the 2016 Referendum; I was/am not a Brexiteer.

And yet, 52% of the population did vote to Leave - and I respect that.

What use is there in having a democratic vote, and then that vote not being honoured? There is zero point.

Now, some people argue that;

The people did not vote for a no deal Brexit

To which I ask; did they not? How do we know the reason(s) they voted to Leave?

There were not multiple options on the ballot, the options were not:

Therefore, nobody can know whether 52% of the voters wanted a deal, or whether they wanted to leave simply to be out of the EU. Thus, any argument which states we need a new Referendum because the people were told we would secure a deal, and that the people voted based on that information, is rubbish.

Some might argue that polls have told us that those who voted Leave in 2016 would now vote Remain; however lest we forget, all polls pre-Referendum stated that Remain would be the outcome. And it wasn't. Therefore, how much faith can we have in polls?

Let us, however, assume that the majority (for we know not all) did indeed vote Leave because they were promised a good deal upon leaving. The current situation is that there is no deal and therefore those voters might feel betrayed.

Let there be another vote

This is what politicians are requesting based on the above assumption.

Perhaps it appears reasonable to say such a thing, but I ask; "To what end?"

What happens if there is a second Referendum in which the majority say Remain rather than Leave?

Why is that any more representative than the previous Referendum?

It would be 1:1; so what do we do? Have a third? Make it best of 3? For surely that's the only way to make it fair; if results are 1:1, you need a tie-breaker. Yet a third Referendum would be ridiculous - and so a second Referendum is not reasonable.

And so the only option we have is for politicians to stop being selfish, stop thinking about themselves, and act in line with their constituencies. If an MP's constituency had an overall Leave result; that MP should not be attempting to stop Brexit and/or hold another Referendum. If the constituency voted to Remain; then they've every right to vote in Parliament accordingly.

Which means politicians should be pushing Brexit forward; regardless of their party or personal views. Therefore they need to either agree a deal they may not personally believe in (but their constituents might) or proceed with no deal; whichever they feel is the lesser of two evils.

Is Pride for the Proud?

But do Pride events truly reflect Proud members of the LGBT+ community?

Let me start by confirming:

Honestly, I struggle with Pride.

I am a Millenial (yes, one of those) and growing up, although my own experiences were, fortunately, hassle-free, I heard plenty within the community comment on the abuse they suffered.

One thing they would always say is;

Why can't they see that I'm no different to them? I might be gay, but that doesn't make me different.

Akin to the old saying;

If you cut me, do I not still bleed?

And then those same individuals feel the need to take part in parades which, by design, are there to literally say:

We are proud of being to different to you.

Don't get me wrong, I believe that when Pride first started, the message was true. The community was Proud of the obstacles it had overcome, the fact that legislation had been changed etc. Their Pride related to the successful movement.

Now, however, it appears to be an excuse for the Millenals (and to an extend the Silver Foxes) to parade around in next to no clothing, get drunk and sh*g. After all, what is there for the younger generation to be Proud of?

They cannot be Proud of the movement; they had nothing to do with it.

Can they be Proud of just being part of the community? I would say not.

I enjoy being LGBT+ - I wouldn't want to be any other way. But am I Proud of it? No - because I had no choice in the matter and I didn't achieve it.

Is anyone necessarily Proud of being their own gender? No; they didn't choose to be that gender.

Is anyone necessarily Proud of being blond? Or brunette? No; they didn't choose to be that hair colour.

I am Proud of my degree. I am Proud of my career. Things I have worked for; those things I achieved. Things that just are, over which I had no control; I can enjoy, I can be happy about, but I can't be Proud of.

And therefore Millenials can't say they attend Pride because they're Proud of being LGBT+.

There will of course be those who argue against the above logic;

But I am proud of being LGBT+

So then the argument is;

Heterosexuals have never faced adversity or had to hide who they were for fear of persecution.

True, they haven't. But then we have reverted to Proud of the progress; of the movement. Can Millenials be Proud of something in which they had no hand?

Imagine if you heard somebody say;

Do you know what I'm most Proud of in life? The fact that generations before me rose up against their Masters and pushed for slavery to be abolished.

If someone were to say that people would think them a dick; because *they had no involvement.

In the same way, therefore, LGBT+ persons who were not (and in some places still are not) part of the movement for equality, cannot be Proud of the movement.

And so without a logical reason to be Proud of their sexuality, and without just cause to be Proud of the movement, what reason is there for LGBT+ persons to attend Pride other than to broadcast their differences to a heteronormative society?

And so, if there is to be true equality, like so many in the communicate say there needs to be (and with which I agree), one of two things needs to happen:

Point 1 will never happen; the community likes to party too much.

Point 2 is more likely to happen. As the community continues to thrust it in the faces of society, even where legislation and attitudes towards the community are equal, resentment will grow amongst the heterosexuals and they will be successful in throwing their own Pride parties.

To that, I say, enjoy la fiesta! The internet is full of articles, blogs and character-limiting musings, so why do people continue to create new blogs?

Perhaps it's because there is so much going on in the world that people feel compelled to provide commentary; and why not? We all have opinions.

Whether it's about Brexit, Trump, Putin, or about the latest Taylor Swift song, Tarantino film, or Netflix special - we have positive, negative or perhaps apathetic reactions; so why not share those?

As a child you're taught;

There's a difference between arbitrary "trolling" or "cyber-bullying" and expressing your opinion, and if you do the latter, in a constructive way with justification/supporting evidence, then where is the harm? To only speak/type positively would create a sycophantic world where individuals are duped into having unwarranted airs of grandeur.

This blog will candidly express my views on anything in society I feel needs discussing. This will likely be a mixture of reviews (music, books, films, etc.) and commentary (news, articles, opinion pieces). 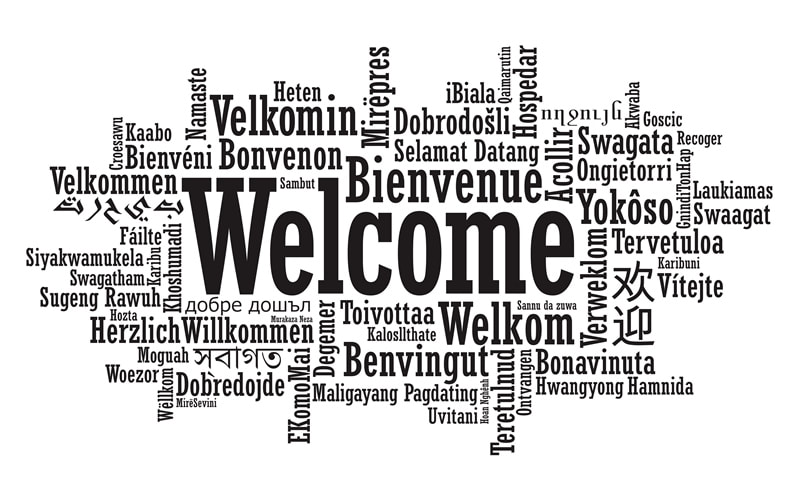