Over the last couple years I've come to continually recommend several resources and online utlities to fellow developers trying to learn something new. A lot of people I work and hang out with ask me for resources on how to quickstart with a new language (typically Python) or a framework.

So, here is a quick listing of some things I've mentally bookmarked as useful.

Because I sorta specialize in Python development, I tried to pick some actually useful resources to mid-level developers who already know the basics (what a string is, etc...).

If you have any respect or background in software design principles, this repository is something you should definitely bookmark, star, whatever... This repository is broken up into sections such as behavioral, creational, structural, etc. which examples of real design patterns that every developer should understand.

A good book to read if you just leared the basics of programming using Python (hence the name). Covers some of the more useful modules and how to utilize them.

A large collection of small examples on how to do many important things when developing in Python. This includes descriptions and examples of major external Python modules.

If you want some encouragement or inspiration when developing in Python, I always find it invigorating to go through some of the things considered to be "awesome". This repository has a categorized list of some really cool projects that might inspire you on what to create or what technologies to use in a current project.

This is by far my favorite regex prototyping tool.
Whenever I need to create a regular expression for some reason, I immediately open up this site, drop in some data, and quickly throw together a regex that works.

This site supports multiple language variations and is very responsive and informative in comparison to its competitors.
Another nice thing is the collection of community published regexes that are also available on this site. This is super useful for both learning how regular expressions work and finding a good one for a use case (such as ip addresses, email addresses, etc...). 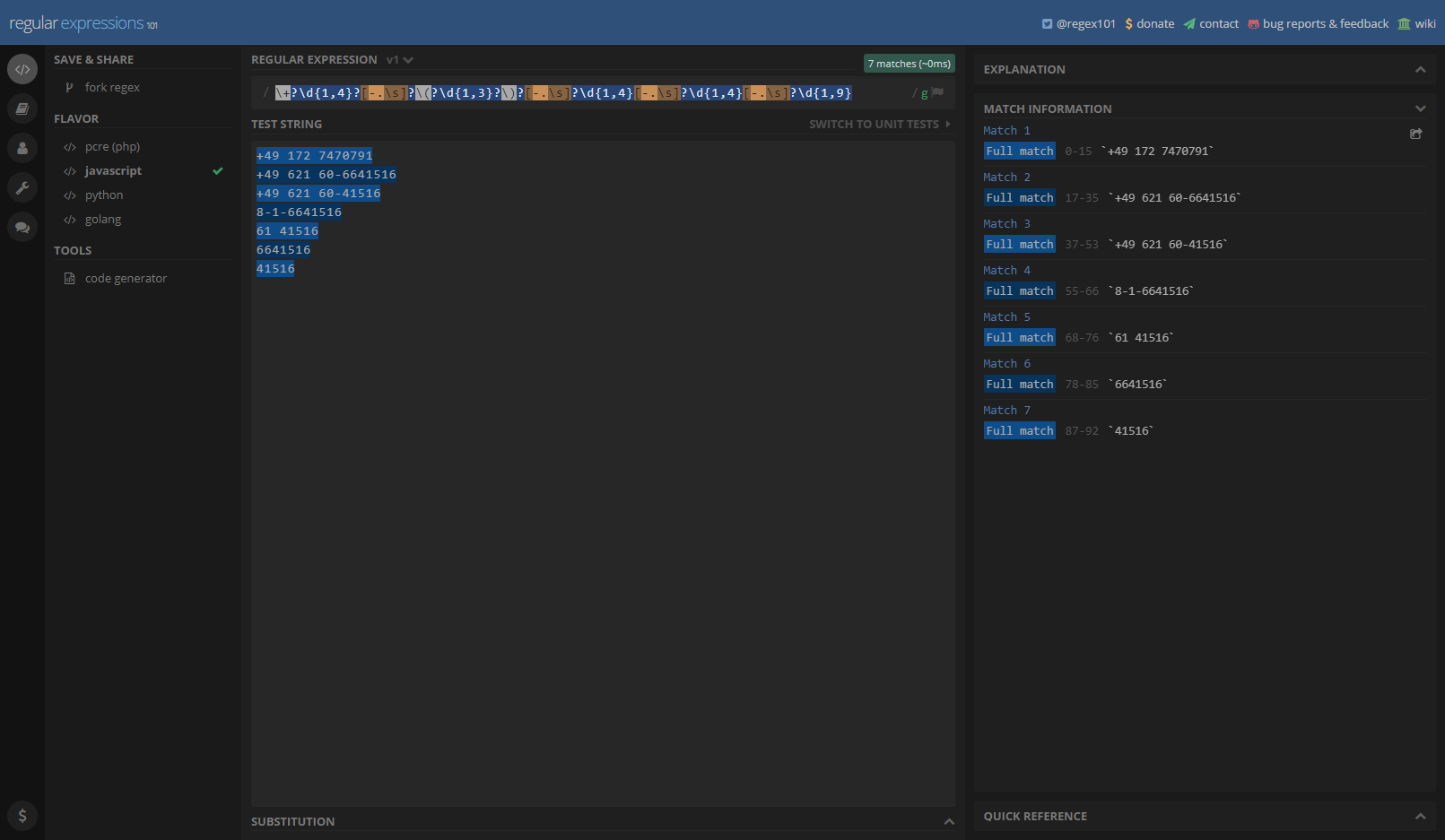 A similar site to Regex101.
Choosing between the two is mostly just personal preference. 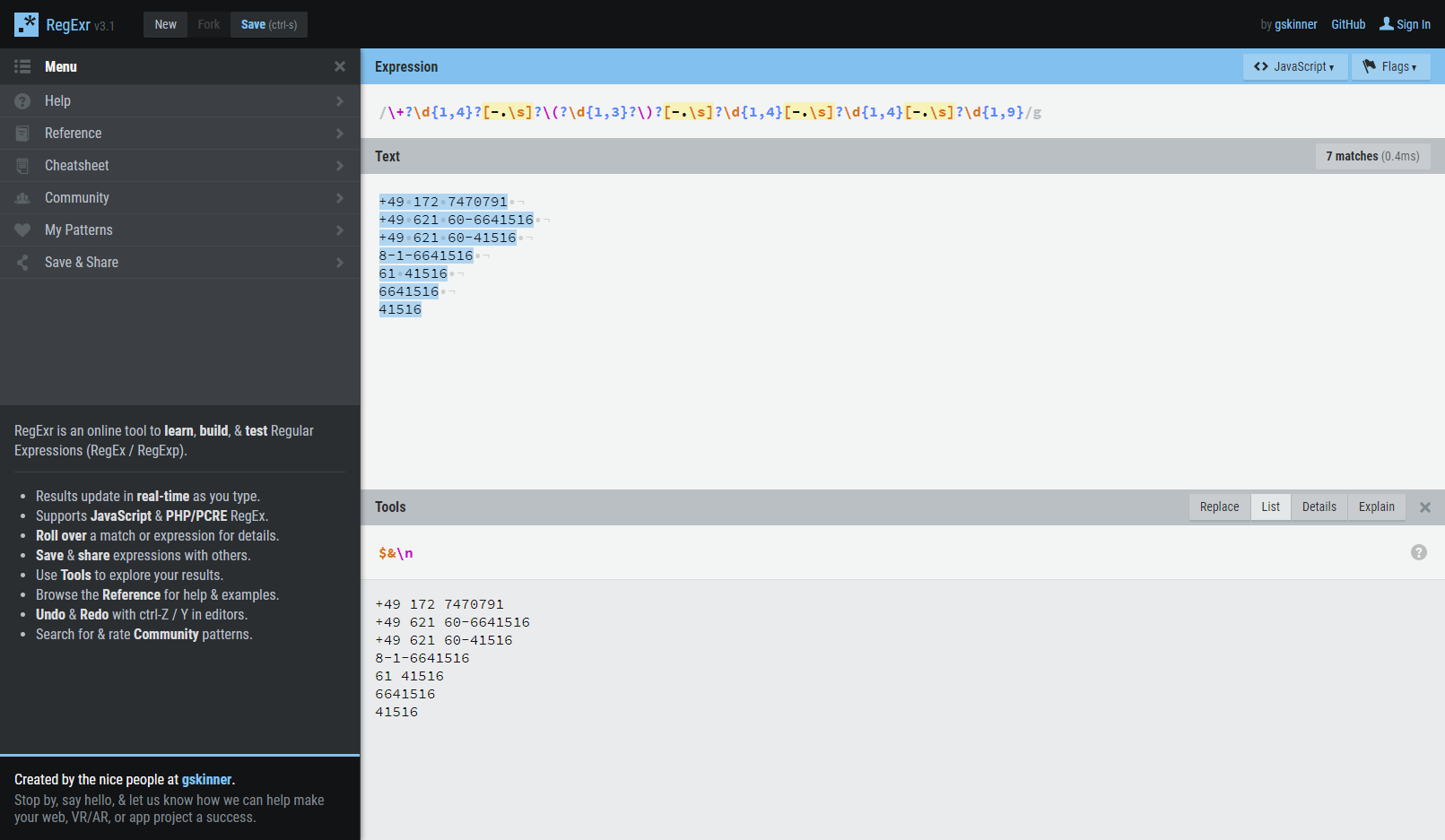 Out of the web frameworks I typically go for, Angular is my favorite.
Django, Flask, React, Vue.js definitely have their place, but for real intensive and responsive web applications the easiest way to create a well-structured web application is to use Angular.

For people trying to get started with Angular 2+, I can not recommend this book enough.
The author does an amazing job introducing all the reasons why angular was created and how it works from scratch.
Definitely a worthwhile purchase.

ng-book – Considered to be the best book on Angular

Another really good book on learning Angular from scratch.
If you need a complete overview of Angular that is continually updated as Angular proceeds through its development cycle, you should get this book.

LearnXinYminutes – The quickest way to learn a new language's syntax

Repl.it – A feature rich online REPL for many languages

CodeWars – An alternative to Codecademy (focused on challenges)

I'm not a fan of sites like Codecademy at all...
They are good for nothing but introducing a language's syntax (and there are much better resources for that).

For people who want to understand what programming in the real world is like, Codecademy is not it. Try Codewars instead.

I hate myself for not knowing that this PEP has existing for Python 3.6. While checking out task processing frameworks (mainly dramatiq), I found an example using f-strings and my mouth dropped to the floor. Previously I was doing a lot of my string formatting using the **locals() trick, which is considered a bad practice. This trick allows me to auto-format a format string with local variables without too much hassle. (name, value,) = ('favorite number', 37,) print('{name} is {value}'.format...
Read more...