ASL, an abbreviation for American Sign Language, is the most commonly used sign language in the United States and Canada. Approximately 250,000-500,000 people of all age groups use it as their first language for communication.

After English and Spanish, ASL is the third most widely used language in the United States. Many have a misconception that ASL is pure English, or it takes the physical form of the English that people use every day. The fact is, more than English, ASL is closer to Japanese and Navajo. 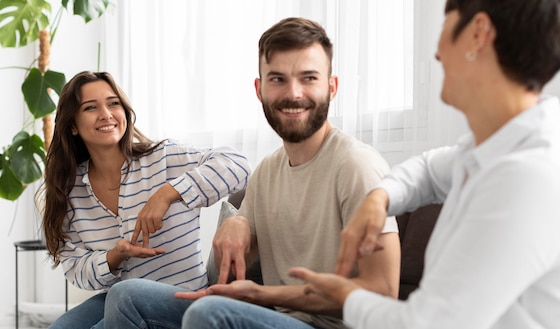 It refers to the so-called visual gesture language and components created for easy visual recognition, as the "listener" must use their eyes to "receive" information. The "gesture" component refers to the body movement or "sign" performed to convey a message.

ASL is just not about moving hands and gestures - it’s a lot more. You can get your American sign language certification online and learn this valuable language.

Let us now look at the 5 common misconceptions about ASL.

As you may have noticed, ASL has little to do with spoken English in practice and is not a type of signed expression for English words. ASL has unique sentence patterns and symbols for different words and ideas. The main features of ASL are:

When using English with finger letters, hand gestures generally specify the English alphabet but this is a separate element of signed communication and not a part of ASL.

# 2: ASL is a shorthand/an easy to learn a language or simply an abbreviation

The United States spoken English is quite similar (other than the accent) to British spoken English. This thought gives rise to the misconception that ASL is almost the same as BSL (British Sign Language). The fact is that there is a vast difference between the two. ASL follows the French Sign Language, while BSL has its roots in Australian and New Zealander Sign Language.

With ASL, finger writing has no equivalence to ASL and is only reserved for using words from English for proper nouns and jargon. For example, the finger can be used for personal names, locations, titles, and brands by representing alphabets.

The finger alphabet in ASL has 22 hand shapes, which, when held in a particular position or movement, represent the 26 letters of the English alphabet. You can join the ASL learn online course to learn everything about hand shapes.

# 5: Lip reading is an effective substitute for learning sign language

It is estimated that hearing-impaired people can read only 30% of English. Lip reading is a one-way communication method and is not effective. Lip reading requires a lot of practice and is difficult. It is unlikely that a speaker will be as good at lip reading as someone proficient in ASL. 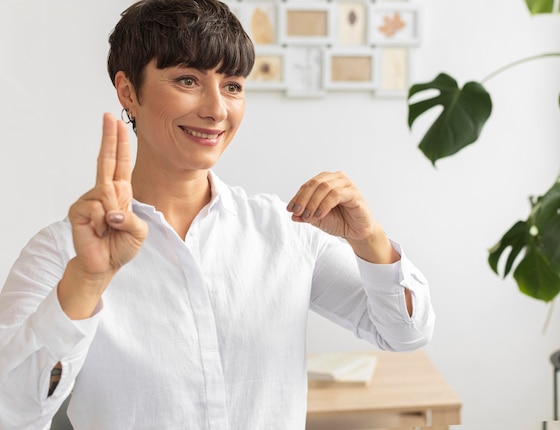 Learning ASL requires a lot of practice and determination. You just have to get started. You can take the sign language level 1 course online if you want to learn it. Learning ASL is fun, engaging, interactive, educational, and very helpful in several cases and situations. It adds to your portfolio and makes it strong, as it’s an altogether new language that you have the know-how of.

How to Choose the Right English Course For You

Introduction If you are thinking about enrolling at the top english language course online, you should understand that online live sessions with the instructor and worldwide peers in the classroom make the course most effective. It is due to an immersive and interactive experience created within the classroom. Five Handy Tips and Perks for Selecting the Best Online English Courses 1. Get to know about various cultures Attending an online program with real-time video sessions is a fantastic w...
Read post