Brie Bunge takes us through Airbnb's approach to adopting Typescript. This is worth a watch to get a grasp of the process even if you're not using Typescript. 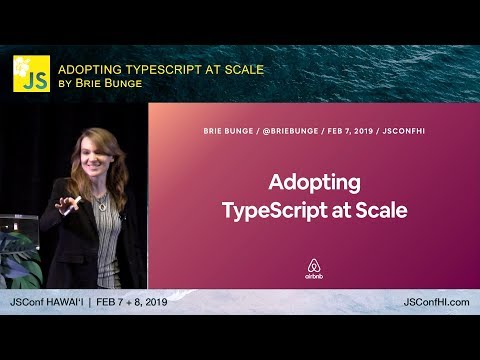 If you want to do something similar:

I'll admit that Course Design on a Shoestring Budget doesn't sound like comprehensive learning resource but I was able to digest and then explain what I'd learnt from this video suprising well! Checkout the video here: https://youtu.be/4DgkLV9h69Q Notes Bloom's taxonomy covers lower to higher order learning. Each level building on another. This includes: Lower order: Remember Understand Apply Higher order: Analyse Evaluate Create A advanced course might be tailored to higher order ...
Read post

Thoughts of the Month - Issue 1

As a way to decompress 💆‍♂️ from work I write a few notes on the way home. I’ll add some details and related links then they get posted to Twitter @iamsteveworsley and collected here for discussion. ⚡️ —— Updating a design system, consuming pattern/component libraries and consuming micro-frontends sure is tricky. More places it can fall over but hopefully with the code split the impact of the issues will be smaller. —— Anyone else find it hard to provide an immediate and useful update on you...
Read post