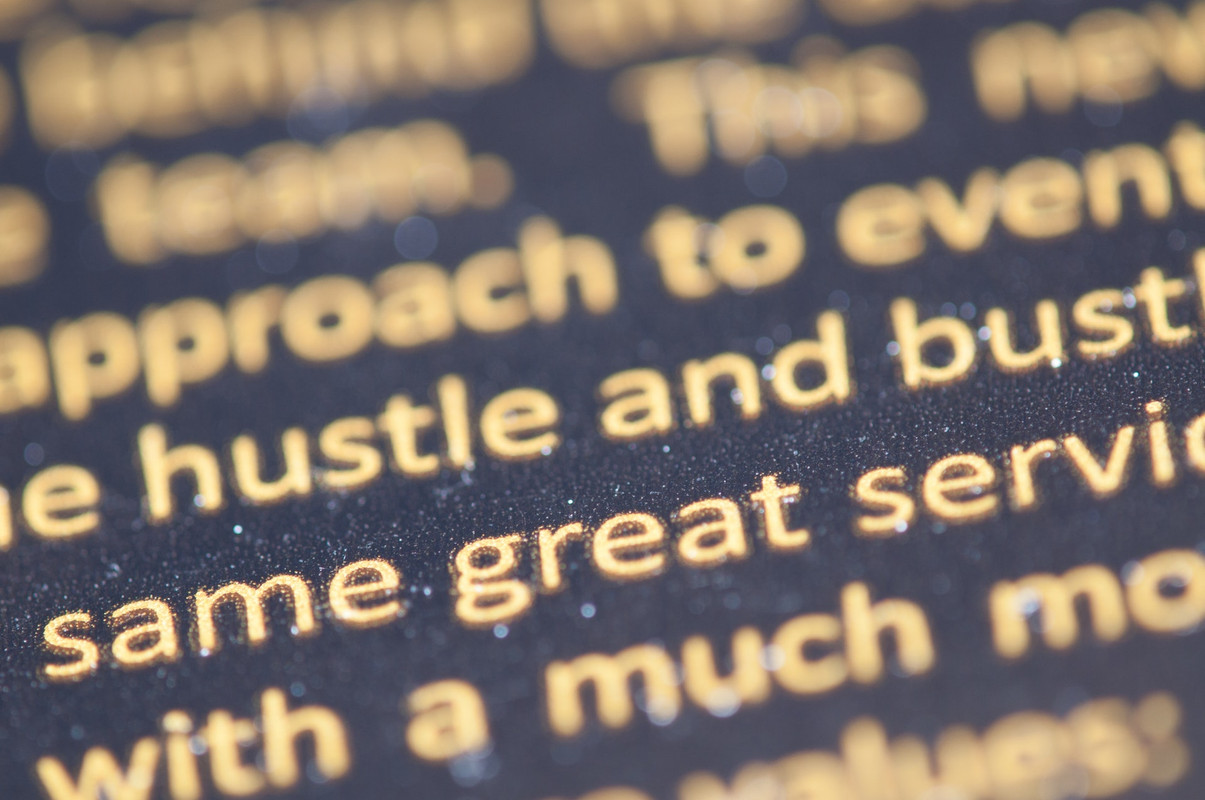 Photo by mali maeder from Pexels

As I was proofreading yesterday's post, I noticed that one of my sentences had no space between punctuation and new sentence. It really stood out as being weird. And, instinctively, I put a single space between them. This, however, goes well against my ancient teachings of how to use a near-extinct machine that pre-dates the computer, laptop, and smartphone.

I'm old enough to have needed to use a typewriter as my only word processor. Yes, that ancient relic that can only be found in the Smithsonian Museum since like the year 2000.

When I was in high school, I took a typing class. This was in the mid 1980's (shut it!), and PCs in every home were at least 10 years away, so I can't really remember the exact reasoning behind it.

When computers did start making their way into workplaces and homes, I'm really glad I had the forethought to take that class. The reason I even bring this up is because of how that zero spaced break between punctuation and new sentence just looked weird, and I fixed it unconsciously with a single space.

A few years ago I read somewhere on the Internets that double spacing after punctuation was basically considered so last century. So, I decided to do some quick research on this and see what came up.

Turns out, this single space/double space question is actually a thing. I found a blog post by Jennifer Gonzalez at Cult of Pedagogy (try saying that 10 times fast) from 2014 that suggests, nay, declares that if you do the two space thing, you're basically showing the world that you're over 40; and she does admit that she's over 40, so I'd listen to her.

She makes the case for single spaces as having to do with how modern computers and social media can allow for single space as the spacing between words and letters are more dynamic compared to the mono-spacing dinotyposaurus that once roamed the Earth. And with social media like Twitter, you need every character you can get.

She explains it with a short history lesson, "Back when we used typewriters, every character was given the exact same amount of space on the page. That meant the letter i was given the same amount of space as the letter m, even though it clearly didn’t need it. This is called monospaced typesetting and it’s, well, spacey. We needed that extra space between sentences to make it easier to see the beginning of new sentences."

Sounds legit, from a mechanical perspective. Ok, I'm open minded on this, so let's see where this goes.

On the other side of the aisle, The Atlantic, published the results of a scientific study done at Skidmore College that suggests science proves two spaces should be everyone's jam. The article posits, "In the Skidmore study, among people who write with two spaces after periods—“two-spacers”—there was an increase in reading speed of 3 percent when reading text with two spaces following periods, as compared to one."

Hmm... so there appears to be some speed benefit for readers of a two-space writer. This is getting interesting.

Then, my favorite tech blog, Lifehacker, even weighed in on this in 2018 by essentially picking apart the Skidmore study and firmly siding with the single space camp.

The article goes on to state, "In the most liberal interpretation of the study results, in a world where everyone used two spaces after a period, reading speed would increase by …3%. And that’s if we could rely on the results of 21 Skidmore students who are already used to using two spaces after periods."

The article's author, Nick Douglas, goes on with, "Can such students even be trusted? How did anyone under 22 who puts two spaces after a period even make their way to the testing site?" Really?? Again with the ageism?

Ok, minor age-related outrage aside, it seems that this debate may never settle down. In researching this whole thing, I found out something very strange. While I was 'classically' trained to use two spaces after punctuation, I've been doing single space on every posting on this blog.

And, even stranger, I didn't force myself to have to do this. It just came naturally without me realizing it until just now. The original angle of this post was me defending the two spaces after punctuation. Turns out I was a convert the whole time and didn't realize it!

What else have I converted to that I didn't realize?

Photo by Hasan Albari from Pexels Well, it was bound to happen. I missed a day of posting, and I felt like I didn't fully accomplish my day as a result. However, I had a second interview yesterday for a new position, this time in person. I wanted to process my thoughts and feelings on all of it before I posted yesterday. So for me, I think this post deserved an extra day of introspection. The first interview was by phone, and I thought it went great. However, I always get this feeling of...
Read post

Again, I seem to be taken back to random memories long past, seemingly for no reason. This time was the Christmas of 1985. I really need to stop sharing how old I am with the world, don't I? At least I'm single spacing. Ok, back to Christmas of 1985. I was a sophomore in high school, and I loved music. Still do, actually. My younger brother and only sibling was in middle school at the time, and he somehow got it in his head he wanted to be a programmer. At that time, there were nowhere near...
Read post