Listed
The Damash Tree
GuestbookSubscribe
I am alive forever... and writing for at least #100days
1515 words

So, that didn't last long.

It's the whole other-people-being-able-to-read-my-posts thing.

The good news is I've not missed a day yet. I've just been doing it elsewhere.

I am forcing this post out. I was in severe danger of day 8 not happening. It's been a hard evening with the kids, it's been a long day, and there's much on my mind. I just want to go to bed. And I will. But here is post 8. It's happened.

The best thing about today is that I think I have a plan of sermons for the next few weeks, after a meeting with student TDLC. He was kind of helpful, but it was more for him really. We ended up with what I would have chosen to do had I not had him around. But that's OK - it was useful to chat things through.

I asked two couples in church, via WhatsApp, if they would record a welcome for church online this Sunday. One person replied saying, "No thanks." The other replied saying, "Perhaps." So that's great!

This blog is now definitely not going public for many, many years. I am digging big holes for myself here. I might even have to change the name from what it is now. Honesty is good when it's kept private, no? Let's privatise honesty. 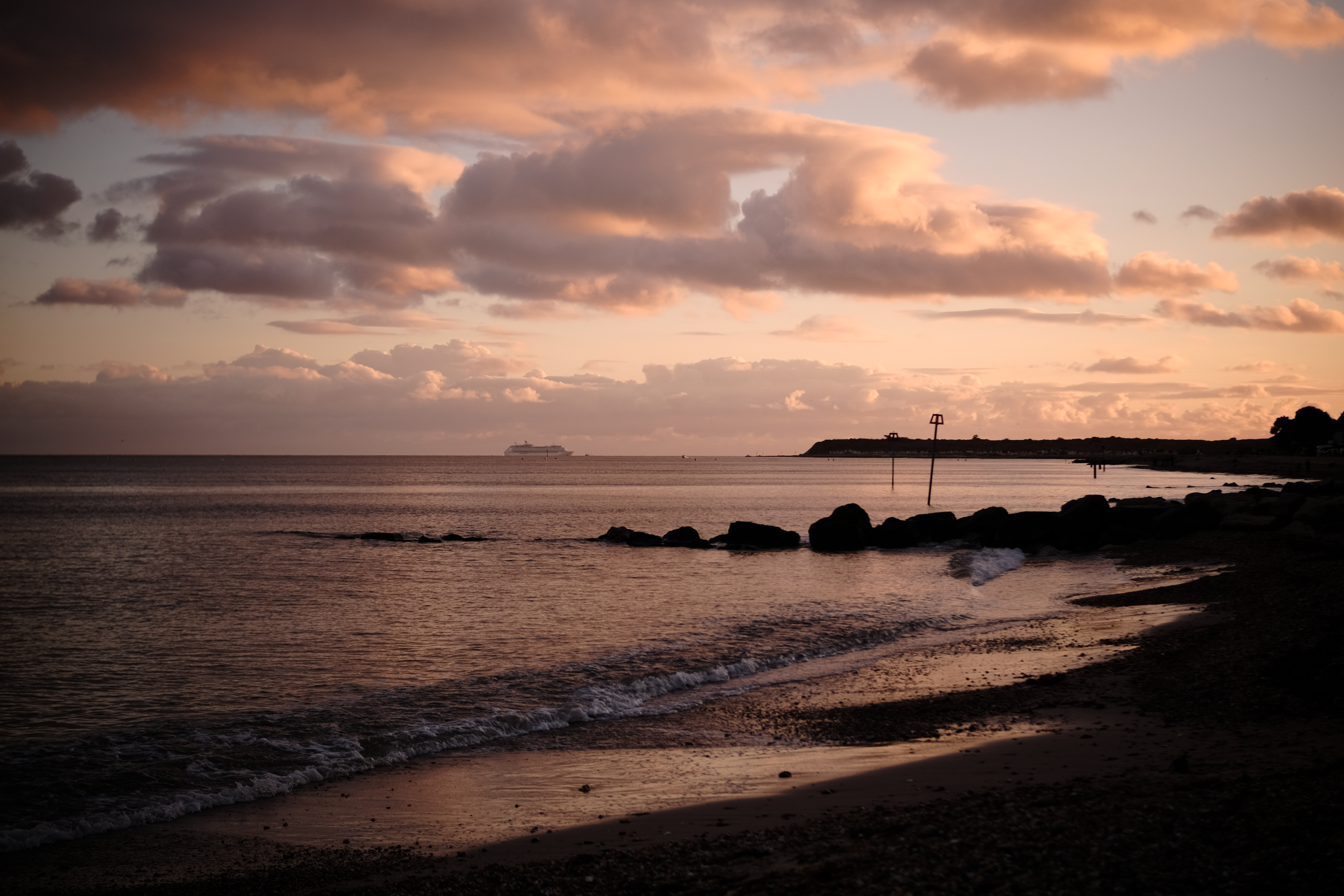 About this time of night I start getting tired. It's 9 pm. I had aspirations of writing a life vision. Say what?! Yes, you read that correctly. What was I thinking? I am learning that I do my best work first thing in the morning.

So, here's a bit of life vision, and this isn't new:

I want to get up early enough each morning (most mornings) in order to read the Bible, pray, and write. Let's call it ten minutes each. It's a good start. Ten ten ten. It should be possible. I need to be up properly by 7:15 am, in order to get both kids ready for school on time, and me at least physically ready for the day (i.e. showered, dressed, Weetabix and coffee consumed). I feel that if I manage the 10-10-10 aim, then I'll also be spiritually and mentally ready for the day. It has to be possible. I think it means setting an alarm for 6:30, being fully awake by 6:40, and starting at 6:45...

I've posted it. I have to do it. I'll keep you updated. 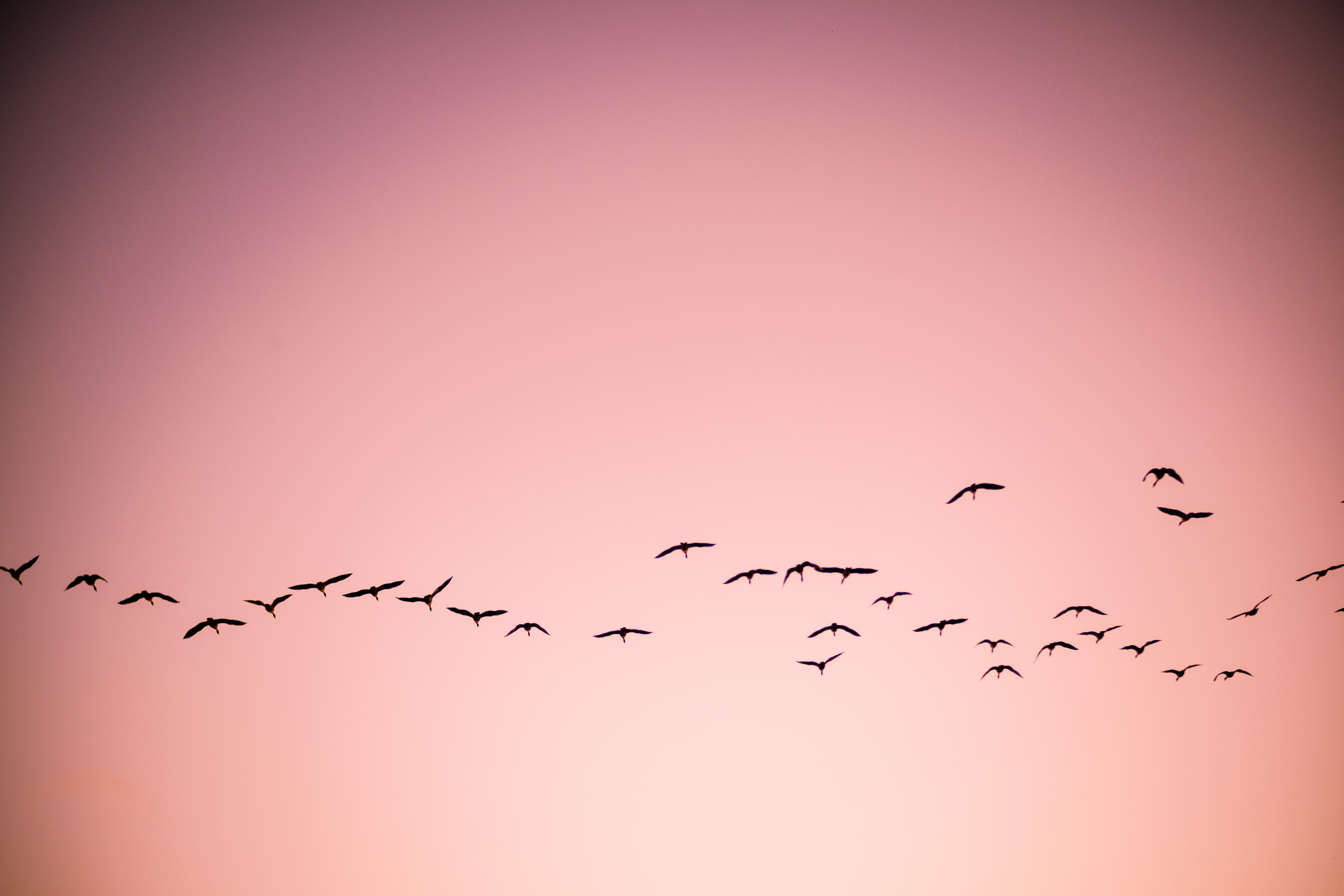 The daughter and wife went shopping today. The former had lots of birthday money to spend. So the son and I spent much time in a playground. We then all met up at Wagamama for lunch.

We spent some time playing at home in the afternoon, then went to our hired beach hut for a fish-finger sandwich.

I took the above photo of birds above our heads. I take a lot of photos. More will be featured here in the future, I don't doubt. It's been a tiring but fun day.

5 - Living the life we want

Living the life we want not only requires doing the right things, but also necessitates not doing the things we know we’ll regret.

We have to live with intent.
Nir Eyal, Twitter

This is amazing, but incredibly simple. How I need to write down what the life is that I want, and the right things that are required to get there. I think I already know the things I am liable to do that I'll regret - but I'm sure that's worth exploring as well.

4 - INDISTRACTABLE (not yet, obviously)

Sometimes I wonder what is going on in people's heads. It seems like a total self-promotion setup. (This is me at near to my most negative. I'm not sure how I got to this stage this evening. Blame it on tiredness.) I would like to tweet. But I don't want to appear like .... like anything, really. I just know the kinds of people who are following me will judge me for what I tweet. Or maybe I think that because I judge others for what they tweet. Wow, I don't like the way this blog post is turning out. Let's change tack, quickly.

Today then, has been mostly spent writing Sunday's sermon. Yes, I am a pastor. With thoughts as in the above paragraph?? Surely, no! Yes. Are you judging me? You are welcome to do so!!!

This morning, anyway, has been mostly spent writing Sunday's sermon. I had a welcome visitor pop in for a chat, and then after a bit of admin I had to leave to pick up the kids from school.

I have just started to read Nir Eyal's Indistractable. I heard him on the Carey Nieuwhof leadership podcast and I like what I heard. I'm all up for becoming "indistractable", yes please.

I've only just started, but quote of the book so far is:

The time you plan to waste is not wasted time.

Today was E's school trip. It was fun, and reminded of the fact that I really don't want to be a teacher again.

HR is leading the prayer meeting tonight. That has meant obviously that I haven't had to plan it. It does feel good not having had to plan and execute a prayer meeting. It mostly always feels stressful. I'm not quite sure why. Saying all that, she hasn't turned up yet (on Zoom). We agreed 7:50. It's now 7:53. Come on H.

And it's just happened.

Blog posts like this do not make for good reading. Apologies.

So, another thing that happened today was that I listened to the Carey Nieuwhof podcast, whereby he interviewed Nir Eyal. He wrote a book called Indistractable, which I need to read. Nir, via Twitter I think, links to someone called Julian Shapiro, who gives great advice on how to write better. I picked up something he said on thinking clearly. I recognise that I don't think as clearly as I would like. So I tweeted him, to ask what advice he would give to someone who recognises that they don't think as clearly as they would like.

His answer was, "Practice problem solving."

Initially I thought, "what?"

But then I googled it, and actually it does seem like that would make a lot of sense. I've never considered myself to be a good problem solver. So this is a reminder to me to do just that. Practice problem solving. (By the way, "practice" I think, in this case, should be with an "s". Practise, over practice. Practise is a verb; practice is a noun.)

I have to count up to 100 in order to get myself to bed, otherwise I just procrastinate for ages. The light has to be off before I reach 100, or 200 if I don't quite make it. It really works.

Eating a bowl of Shreddies before I go to bed. Actually they're third party Shreddies. From Tesco. I tried Sainsbury's the other week. They were a big let down. Surprisingly stodgy. Tesco's are acceptable.

Tomorrow is the school trip. I said I'd help. I'll be leading my daughter's group, which is the only reason I'm going - for her. So tomorrow is my day off, instead of Friday. I can feel the pressure building, but I would like to think that I've learnt how to handle it much better than at the start of lockdown. It's been an educational 7 months for me in many ways. More about that later, perhaps.

Yes, here we go again. The #100days challenge. Can I do it? I am going to do it. Please somebody punch me if it looks like I'm going to miss a day.

Does this count for day one? It has to. Let's call it a day.

Recently I have really been round the blogging houses. You name it, I've been there. I've even done the whole static site thing with Jekyll.

But, I think... I think I'm settling here. I've been here before. I'm not quite sure why I quit.

What I like about this place is that I can blog from anywhere - any device - easily. It's free. It's fairly minimal in nature. It's as anonymous as I want it to be. And other people can read what I write.

So there we go. I really, really want to write every day. I have to make myself write every day, even if it's trash. Which it may well be some days. Honestly I think I like the idea of blogging more than I do the reality of it. But I want to do it, I really do...

So here we go.